CD shop is up!

I have updated the CD shop, where you can BUY my new CD right now!
If you only want a digital download, you can find that here or at bandcamp.

It’s a progressive rock album called Brighter Skies, and I’d describe it as quite experimental but still melodic and pleasant-sounding, and I’m very happy with how it has turned out!
Here’s a new interview if you want to know more about myself and the album.

I’ve decided to offer both a standard jewel case edition, as well as a signed digipak edition:

Those who have pre-ordered will also get the digital download for free on the release date, July 14, 2014.

Oh, and I’ve put together a little sample MP3 that you can have a listen to, although it’s difficult/impossible to pick out bits that summarize the entire album:
Brighter Skies Sample

I’m trying to decide whether I should go with jewel case or digipak for my new album. I personally prefer digipaks, because they seem nicer and more personal. But I also see why many prefer the sturdier and standardized jewel case!

So, which do YOU prefer? See poll on the right! 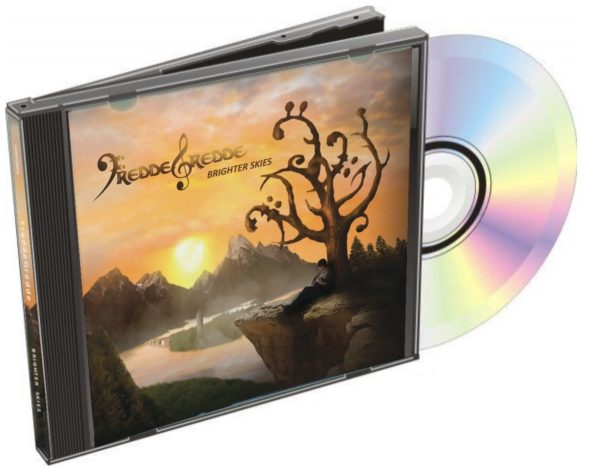 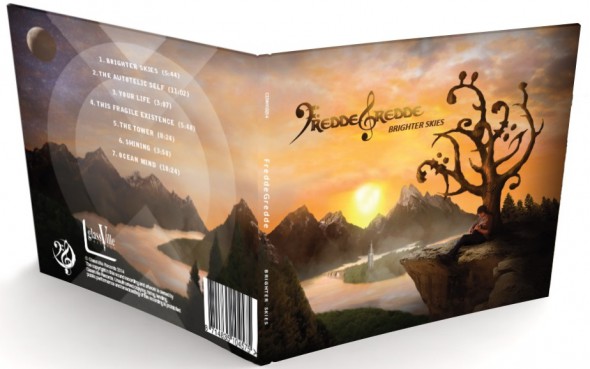 Just a short update: Louis Abramson from JOLLY (check out his facebook page for regular updates) has now finished recording the drums for my new album, so it’s almost done now! What’s left is for him to mix the tracks, and for me to finalize the lyrics for the final track and record them.

I think it’s turning out really well, and I hope you all will like it too!

Wow, a year has passed already, but it feels like a month or two. Either way, I have to tell you that my projects (new album and a classical medley) will be delayed a few months, because life is life and stuff happens.

I figured I could share a bit of information though, and let you know that I’m totally alive. (I’ve seen some stupid rumors online..)

So, here’s a first draft for the album cover:

Basically, it’s a progressive rock album, not gonna lie! Plenty of crazy ideas, odd time signatures, heavy contrasts, everything I personally like with music. :)
But it’s not gonna be for everyone. That’s why I’ll also release The Classical Medley around the same time, which will be more in line with what most expect from me! And it’s my most ambitious medley yet, and hopefully the best.
I’d say it’s likely they’ll both be released around.. early March. (Edit: Make that May… New edit: Make that June! Final edit: Wooo, July 14th it is!)

So yeah, please look forward to that, and have some happy holidays!

Happy holidays and such!

I’ve decided not to post any new updates or videos until my next album is finished. So, don’t expect to see anything new from me until late 2013 or so.

Until then, take care!

(I will still be hanging around in the chatroom though, if you want to talk.) 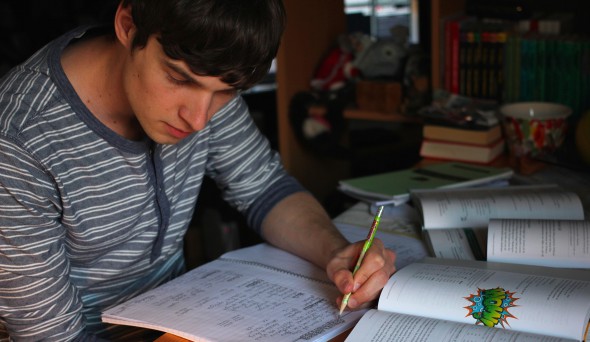 As a little side project, I’ve recorded vocals for a friend’s song. He’s also about to make a pretty weird music video for it, so now I’ve filmed my part as well.

What you see above is an example of what my next video will look like! And I know, many will think “nooo, not another animated video, we want to see YOU”. But unlike The Star Song (which is one of my personal favorites), there will also be shots of me playing and singing. So I think I’ll find a good balance this time!

Also, although the story is new, the music will actually be based on something familiar. But I will keep that a secret for now! It’s my most ambitious project though, so I hope it’ll turn out well!

Want to animate a new project? Here’s an opportunity for you!

Haha, singing that was kind of dumb. But, fact is that I need to find an animator who can make some nice animations for my new project! I can’t tell too much about it, but it will be kind of a fairytale (so CGI wouldn’t fit too well), and the video will be a mix of shots of me playing and singing, and animation. The video should be finished before August is over!

So, if you are an animator, please contact me, along with a sample of what you can do. If you know someone who might be interested, you don’t need to tell me. Instead, ask that person to contact me.

Chosen animator will get paid! Possibly with gold.