A few weeks ago, a guy contacted me and asked if I could make a cute song for his project, but he wanted me to make an example before paying. So I made this little chorus demo:

But when I sent it to him, he said he wanted more samples, and I naturally can’t spend every day creating songs for free, so I told him to come back when he’s decided that he wants to hire me to make his song.

He never did, so I figure that I might as well post it here for you now! I don’t think it would fit my next album anyway. (And also, if the song does show up somewhere in the future, this post is proof that I made it!)

Lots of picture updates now, even though I “should” be all about music, but since I’m making drawings for people who choose the “Extra” option when buying my CD, I figured I might as well post them on my website! So, here’s the new page, which will be updated now and then.

Here are a couple of examples, just to make this post a bit meatier! 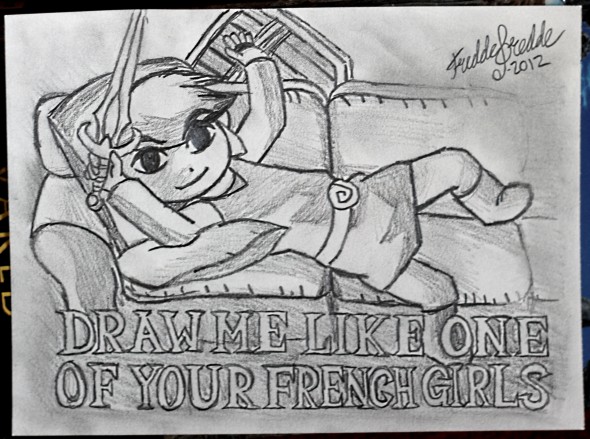 So I was at a combined zoo and amusement park yesterday, called Furuvik or Furuviksparken! I went there many times when I was a kid, but hadn’t been there in at least 10 years, so it was fun for nostalgic reasons as well. It also has an “adventure island”, which includes a real coastal military battery, used in the world wars. Took lots of pictures, and what follows is some of them!

If you want to see all 53 pictures, you can find them here.

There’s currently a competition going on, in which people can send in home-made jingles for a painkiller called Ipren.
So, I made one! It was only a quick little project, finished in a day, but hopefully I’ll win anyway! :D Who knows!
Anyway, you can listen to it on their website, or right here:

(You can also vote on the site if you’d like to, but that’s not how they decide the winner, so I guess it’s kind of pointless.)

I’m a bit late with updating now, again, but last week, summer finally arrived to Gävle! It’s a good thing that there’s a pretty cozy park right outside of my house: 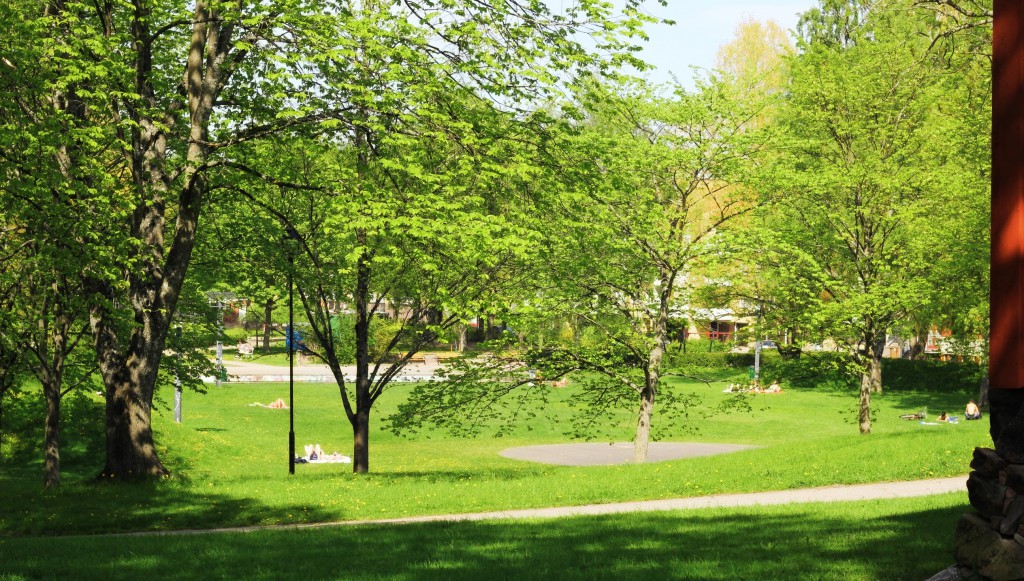 So I went there with a friend, had a barbecue, and had a pretty nice time! 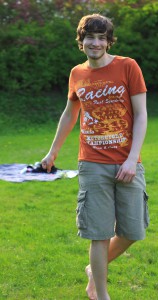 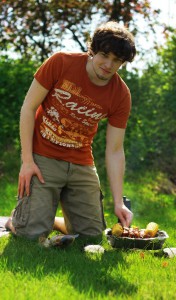 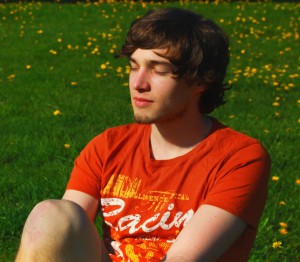 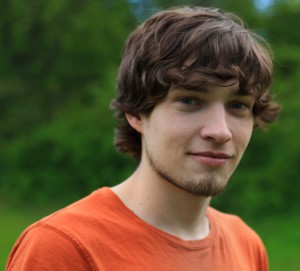 And I jumped high up in the air, because that’s how I roll! 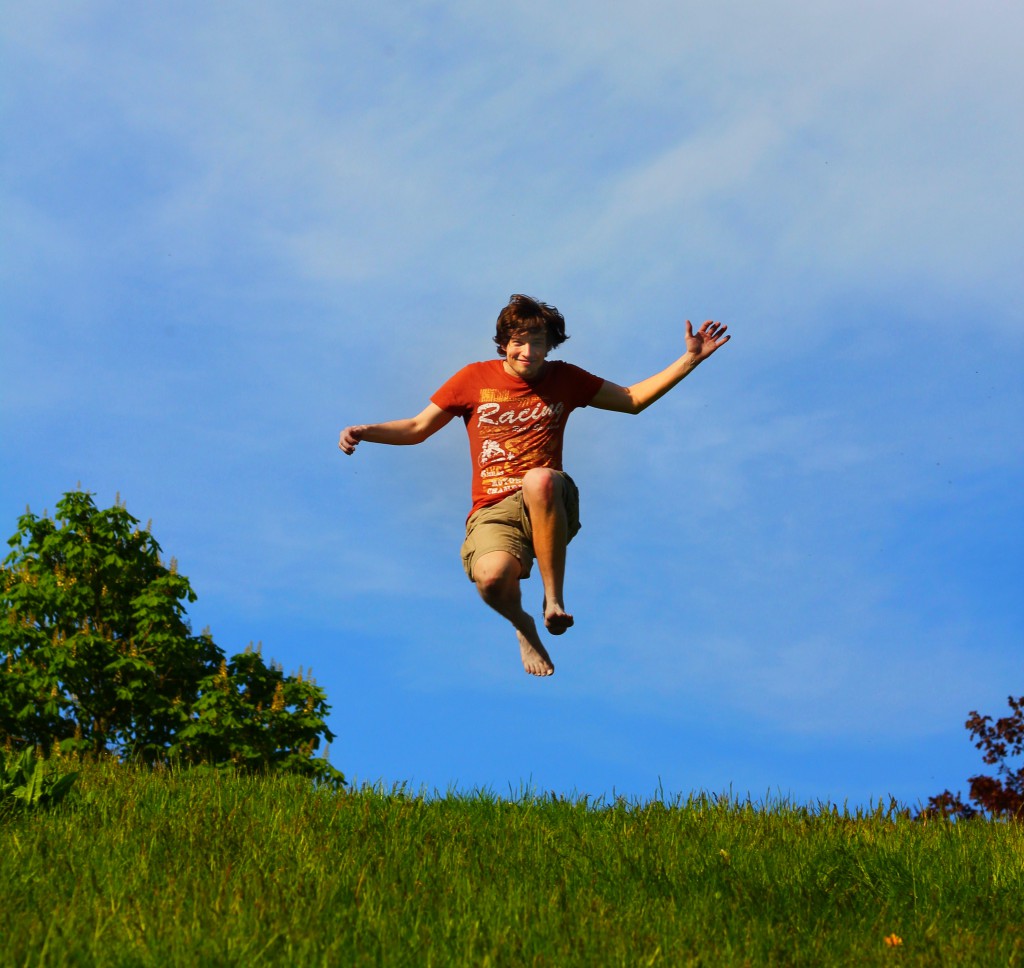 Maybe I’m half a year late with posting this, but a friend and I made this short animation back in 2007 (she made most of the visuals, I made the music and sound effects), and people wanted to see it now, so I put it on youtube!

Basically, it’s a story about a bunch of little elves being killed off. :D I still think it’s a really funny one, but maybe it’s because of nostalgia, I don’t know…
(Oh, and it was really fun to make music for a thing like this, so contact me if you have some kind of project that needs a composer!)

Anyway, here it is:


T-shirt and other news

I figured I could just make a random update for once.

I got a free t-shirt from Rockhart Clothing, if I promised to wear it in a future video! So I did! I didn’t really plan to take a picture of it, but I was out walking today and pics happened to be taken. Here is one. 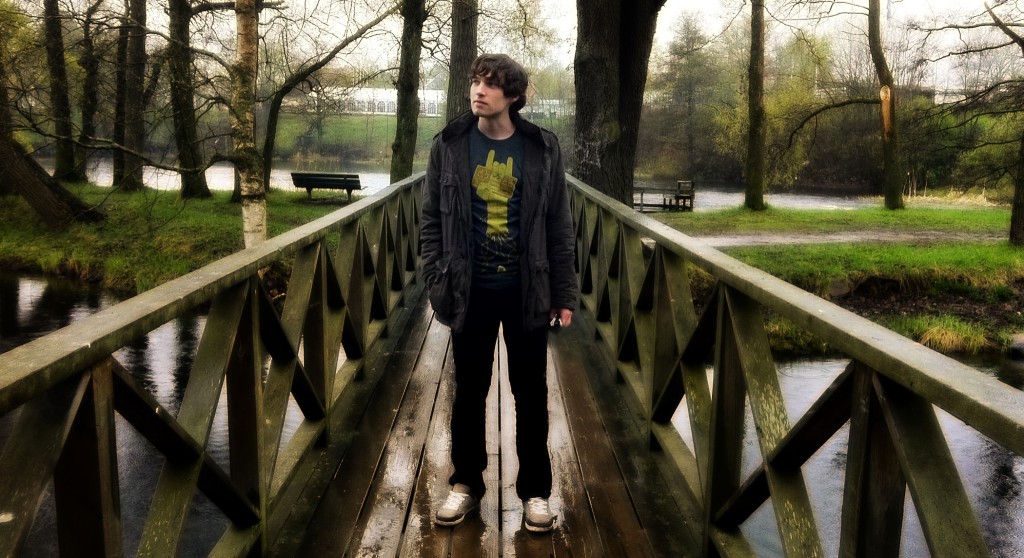 In other news, it doesn’t really seem to matter what piano sound I use, according to the poll and comments. They’re basically equally liked! Funnily enough, “The Grand 2” is considered to be the best, but it has the least votes so far.

What more.. Well, I was experimenting a bit with “musicifying” a scene from Forrest Gump. With musicifying, I mean that I play the melody of the actors’ lines, and add chords to make it sound like a song. Here’s an example of how it can be done. And one with a full metal arrangement. (I think it’s brilliant!)
Anyway, my tests didn’t turn out that interesting, so I’ll abandon the idea for now.

So, what other projects to I have coming? Well, still the Disney medley of course, planned for the summer. Possibly an original song soon, or if I’ll save it for a future album. But I will probably go back to studying this fall (not related to music), so we’ll see how much more of a “career” I’ll have.

Me and a couple of guys in the chat room came up with a pretty interesting idea for a new video! It could end up disappointingly though, so won’t say what it is yet. At least it’s something I haven’t done before, and that’s important to me. (I get lots of requests these days, about doing a “Video Game Rock Medley 2” or full versions of the songs I’ve already played in medleys, but that’s just not interesting to me, sorry!)

Anyway, when I was gonna start recording/playing today, I got stuck with trying to choose what piano sound to use! So instead, I made a little video, asking you what you prefer!

And here it is:

(I can’t say I will use the one that gets the most votes, but it’s still interesting to see what people prefer!)

The problem with deciding deadlines is that there are always other things coming up that you hadn’t planned. Like easter! How was I supposed to know that a thing like that would come up right now?!

So yeah, hopefully the Video Game Rock Medley will be up next week anyway, when all the family stuff is over. At least I’ve cut my hair, although I guess there will always be discussions about whether it should be longer or shorter..

So here’s an article/review of the digital book “Gift”, which is featuring several songs and videos by me. This article is even including two of the songs, so go and have a listen! (They’ve also written some pretty nice things about me, hehe.)

And hey, I’m finally on Spotify! Only took them a little more than half a year to upload the two singles I sent to them early last summer, Solace Distant and Killer Queen. So it would be nice if everyone listened to them as much as possible there, and we’ll see if it’s actually possible to make any money on Spotify!

Last link I have to offer is the one to my Twitter. There were some problems with the “freddegredde” account, so it’s “freddegreddet” for now (the same name as my “secret youtube channel“.)
Now, I really don’t have any experience with twitter, so I’ve no idea what to write there! Any suggestions are therefore welcome. :)